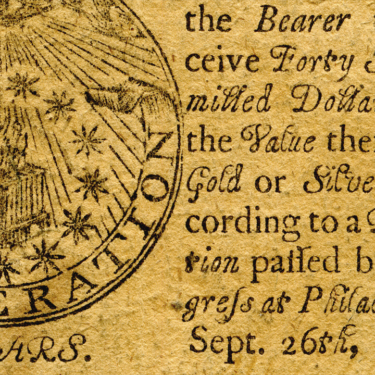 For centuries, letterforms have been a means of security for citizens and governments alike. This talk will explore the ways that letterforms have been used in plain sight and in secret, to thwart forgery. Some strategies have relied on high-profile collaboration, and others on home-grown cunning. Interwoven is a story of war and peace, technology, culture and economics. The narrative will focus on banknotes from the American Colonial period to the present day, with additional examples of passports, government permits and lottery tickets.

Tobias Frere-Jones
Over 25 years, Tobias Frere-Jones has established himself as one of the world’s leading typeface designers and created some of the most popular typefaces of our time. Frere-Jones received a BFA in Graphic Design from the Rhode Island School of Design in 1992. He joined the faculty of the Yale University School of Art in 1996 and has lectured throughout the United States, Europe and Australia. His work is in the permanent collections of the Victoria & Albert Museum in London and the Museum of Modern Art in New York. In 2006, The Royal Academy of Visual Arts in The Hague (KABK) awarded him the Gerrit Noordzij Prijs, for his contributions to typographic design, writing and education. In 2013 he received the AIGA Medal, in recognition of exceptional achievements in the field of design.