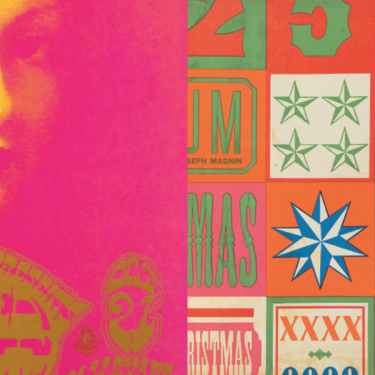 February is the perfect month to think about California, and it’s always a perfect time to think and talk about the conditions that foster bold, risk-taking, ecstatic, and ground-shifting work. Louise Sandhaus will present themes and images from her new book, Earthquakes, Mudslides, Fires & Riots, California and Graphic Design, 1936-1986 in a discussion with California transplants Barbara Glauber and Lucille Tenazas, moderated by Alexandra Lange.

The event will be followed by a book signing and a reception.

Louise Sandhaus founded her design studio, Louise Sandhaus Design (LSD), in 1998. She was the co-director of the CalArts Graphic Design Program from 1998 to 2004 and was the program’s sole director from 2004 to 2006. Sandhaus received the AIGA Los Angeles Fellow Award in 2009 and served on the organization’s national board from 2009 to 2011. She earned her MFA in graphic design from the California Institute of the Arts in 1994, and a Graduate Laureate from the Jan Van Eyck Academie in The Netherlands in 1996.

Lucille Tenazas is both an educator and graphic designer. Her studio, Tenazas Design was based in San Francisco for 20 years but relocated to New York in 2006, returning to the city where she originally began her practice in 1982. She is the Henry Wolf Professor and Associate Dean of the School of Art, Media and Technology at Parsons the New School for Design. Previously, she was the Founding Chair of the MFA program in Design at California College of the Arts in San Francisco. From 1996 to 1998, she was the national president of the AIGA, who awarded her the AIGA medal in 2013. In 2002, she received the National Design Award for Communication Design from the Cooper-Hewitt National Design Museum. Originally from the Philippines, Lucille studied at California College of the Arts and holds an MFA in Design from Cranbrook Academy of Art.

Barbara Glauber runs her New York-based studio, Heavy Meta, with a focus on the design of publications, information graphics, and other materials for clients in the arts, education, and entertainment industries. She is a critic in graphic design at Yale University and also teaches at Cooper Union. She received her BFA from SUNY Purchase and her MFA from the California Institute of the Arts. Her recent book designs include “Someday is Now: The Art of Corita Kent.”

Alexandra Lange is an architecture and design critic. Her essays, reviews, and features have appeared in Architect, Domus, Dwell, Medium, Metropolis, New York Magazine, the New Yorker blog, and The New York Times. She has been a featured writer at Design Observer, and has a monthly Opinion column at Dezeen. She has taught architecture criticism in the Design Criticism Program at the School of Visual Arts and the Urban Design & Architecture Studies Program at New York University. During academic year 2013–2014 she was a Loeb Fellow at the Harvard Graduate School of Design.