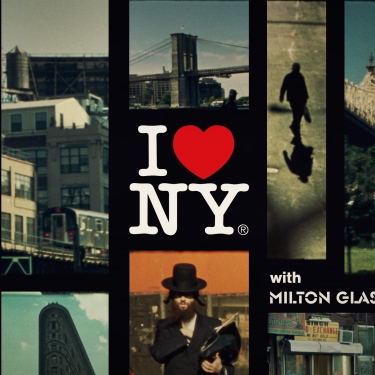 I Heart NY
and Milton Glaser

I Heart NY
and Milton Glaser

Award-winning production company, Dress Code and Milton Glaser—recipient of the 1972 AIGA Medal and 2004 National Design Award for Lifetime Achievement—will join AIGA and Cooper Hewitt, in hosting a special screening of I Heart NY, a short film accepted into this year’s Tribeca Film Festival. The screening will be followed by a conversation between designer and Dress Code’s co-founder, Dan Covert and Milton Glaser. The program will conclude with the signing of Milton Glaser’s new book, Milton Glaser Posters, available for purchase in the Cooper Hewitt SHOP throughout the event.

The film I Heart NY takes as its subject design legend Milton Glaser, creator of the iconic I Heart NY logo, founder of New York magazine, and the first graphic designer to receive the National Medal of the Arts. The film chronicles the origin and ongoing meaning of the I Heart NY logo, from its creation during the 1970’s economic downturn when the city was near bankruptcy, to the present day where New York City is in a moment of both prosperity and growing political uncertainty.

The film, directed by Dress Code’s Andre Andreev, and presented by the AIGA Design Archives, was created in partnership with AIGA, the professional association for design and with support from the National Endowment for the Arts.

Dress Code is a New York-based film production company founded by Andre Andreev and Dan Covert. They have produced more than 50 short films on AIGA Medalists, including five new films for recipients of the 2018 Medal.