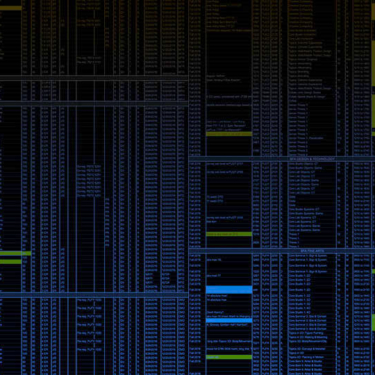 Designing the Future of Design Education

Designing the Future of Design Education

Rachel Berger, John Caserta, and YuJune Park all took the helm at their respective BFA programs and departments at CCA, RISD, and Parsons within a few years of each other. Their appointments signalled a new approach to the design of curriculum and culture at their respective schools in the face of major shifts in industry, technology, student demographics, institutional priorities, cities, and student expectations. What should design school teach? Is design education working for our industry? What is design education for?

Rachel Berger is chair of Graphic Design at California College of Arts (CCA). Before assuming the role of chair of Graphic Design, Berger was a senior designer at SYPartners in San Francisco, where she worked with clients such as Virgin America, Levi Strauss & Co., AARP, Hyatt, IBM, Groupon, and AT&T. She has also worked on Michael Bierut’s team at Pentagram Design. Berger’s writings on design and culture have appeared in Design Observer, Works That Work, and CLOG. She has contributed essays to Design School Wisdom and to the catalogues for All Possible Futures and Wide White Space. She holds an MFA in Graphic Design and a BA in American Studies, both from Yale University.

John Caserta is Head of the Graphic Design department at Rhode Island School of Design (RISD). Originally from Durham, NC, Caserta came to Providence in 2005 after spending a year as a Fulbright Fellow in the Arts in Italy. He joined the part-time faculty at RISD a year later, the full-time faculty in 2012, and became Department Head in 2014. In 2007, Caserta founded The Design Office, a work and project space for independent designers in downtown Providence. The 3,000-sf space has housed more than 30 professionals since it first opened, has run more than 50 events and has supported member and non-member projects. He graduated from the Yale School of Art in 2004.

YuJune Park is the director of the BFA Communication Design program at Parsons School of Design at The New School. She is the co-founder of Synoptic Office, a multidisciplinary design studio operating in the space between graphic, interaction, spatial and product design. She holds an MFA in Graphic Design from Yale University and a BFA in Furniture Design from the Rhode Island School of Design. She has worked for, freelanced and collaborated with several studios, including Base Design, 2×4, Project Projects, Mother NY, Graphic Thought Facility, and Pentagram for a variety of clients including the Museum of Modern Art, Milk Studios, the Davis Museum, and the AIGA.

Moderators
Juliette Cezzar is an Assistant Professor and Associate Director of the BFA Communication Design program at Parsons School of Design at The New School, where she was the Director of the BFA Communication Design and BFA Design & Technology programs from 2011–2014. She holds an MFA in Graphic Design from Yale University and a professional degree (B. Arch) in Architecture from Virginia Tech. She currently serves as President of the Board of Directors at AIGA/NY.

Bryn Smith is a graphic designer, writer, and critic. She is the author of Twenty Over Eighty: Conversations on a Lifetime in Architecture and Design (out this month from Princeton Architectural Press), and editor of Design for People. Bryn has taught at Cooper Union and the Rhode Island School of Design.