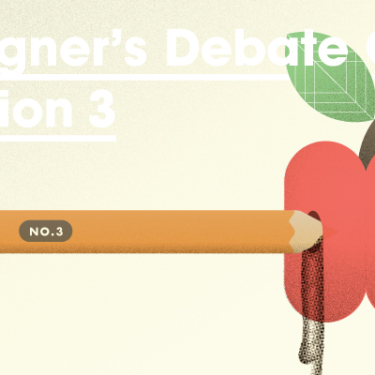 In collaboration with Designer’s Debate Club, AIGA/NY is proud to announce the third session of this ongoing debate series!

Motion to be Debated: Formal design education is necessary for practicing designers.

So you spent 2-4 years of your life dabbling in “experimental” typography,  producing faux packaging for high-end artisanal ramen (while subsisting on the low-end stuff),  and pumping out unsolicited rebrands that would make any stodgy corporation look like a post-war era retro dream—and you got the portfolio to prove it.

Everyone is looking for a leg up,  a workaround the mediocre middle. Is a formal design education the best way to get there?

Practitioners,  professionals,  thinkers,  scholars. Hustlers,  hackers,  bootstrappers,  ballers. It’s time to bring your A-game and settle the score. Is it the dawn of the DIYers,  the age of self-taught talent? Is design education outdated,  outmoded? Or does a formal design education still make the grade?

The Proceedings:
Opening vote: Audience chooses to side For the motion, Against the Motion, or Undecided.
Round 1 : Opening Statements
Round 2 : Rebuttal
Round 3 : Floor Speeches (Audience jumps in the Brawl)
Round 4 : Closing Statements
Closing Vote : Audience votes again and winner is measured by which side has swayed more votes.

Moderated by:
Scott Stowell, Proprietor of Open & instructor at Yale and SVA

Arguing For the Motion:

Arguing Against the Motion:

All proceeds of this event go to benefit Inspire/Make Workshops: An AIGA/NY Initiative.

Inspire/Make Workshops is a series of free classes for high-school students who want to learn how to design and develop for digital media. Each class will taught by 1 or 2 instructors. The focus will be on hands-on learning, and ideally by the end of each class, the students will have successfully created something: a basic webpage or mobile app, a simple video game, maybe even a functioning Lego robot. This series will be launching end of February in collaboration with The Harlem School of the Arts.