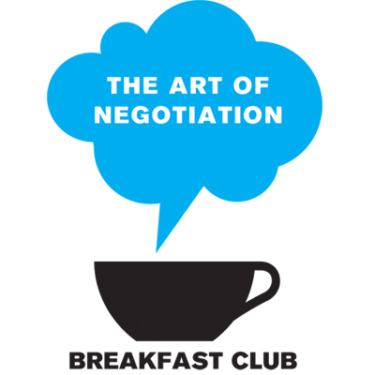 BREAKFAST CLUB: THE ART OF NEGOTIATION

BREAKFAST CLUB: THE ART OF NEGOTIATION

Why do designers often fare worse than other professionals in negotiations? Preparing and executing a successful negotiation with your client, supplier, boss or employee is a delicate business and knowing how to get what you want can be an art in and of itself. Join Philipp Krueger, Chief Executive Officer of explorist Inc., while he leads a discussion on what to do before negotiations, when to make the first offer, how to calculate your BATNA, when to make a concession and when not to, how to develop your own negotiating style and what to say when things go horribly wrong!

Philipp Krueger is the Founder and Chief Executive Officer of explorist Inc., a software firm formed in 2011. Explorist Inc. is headquartered in New York City’s Silicon Alley on Hudson Square. They are building a Tumblr for projects using a technology they developed at MIT Media Labs. Philipp has 15 years of experience in all aspects of negotiations from cross-culture political negotiations to multi-million dollar investment negotiations. He studied at Harvard’s Kennedy School of Government , learning his negotiation techniques from legendary Prof. Brian Mandell. He studied at MIT Media Lab and University of Munich, Germany.  Prior to founding explorist Inc., Philipp was COO of technology investment firm Kirkwood & Sons, and has also served as political officer for the United Nations Department of Peacekeeping Operations and the German Government.