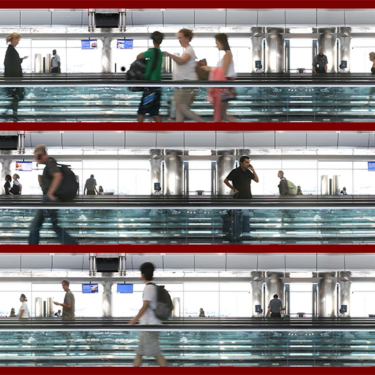 Ben Rubin’s close observations and “distant readings” of cultural, commercial, and personal data reveal a world that is invisible from our everyday perspective, and they form the foundation of his diverse media installations and performance work. In this talk, he will present recent projects that traverse, explode, and recompose large bodies of text, such as Moveable Type and Shakespeare Machine. He’ll also discuss his latest works in progress with The Office for Creative Research, a studio collective he co-founded in 2013 with Mark Hansen and Jer Thorp; OCR’s current investigations include the online advertising industry, the US Supreme Court, MoMA’s art collection, air travel, and digital crime networks.

SPEAKER
Ben Rubin is a media artist based in New York City. He has created large-scale public artworks for institutions including the Public Theater, the New York Times and the University of Texas. These public projects have won the New York City Design Commission’s Design Excellence Award, two CoDA awards, and the Public Art Dialog’s award for achievement in public art. Mr. Rubin’s media installations have been shown at museums world-wide, and his performance work includes collaborations with Laurie Anderson, Arto Lindsay, Steve Reich, and Elevator Repair Service, among others. Rubin’s projection design for Elevator Repair Service’s Arguendo won an OBIE in 2014, and was nominated for a Drama Desk Award. Mr. Rubin received an M.S. from the MIT Media Lab in 1989, and he has taught at NYU, the Bard MFA program, and the Yale School of Art.